With beginnings in 1950 as an electronic component parts manufacturer, Oaktron Electronics launched Oaktron Industries in 1954. Oaktron Industries produced speakers for the then burgeoning US radio and television manufacturing sector wth its factory in Monroe Wisconsin.

By 1966, Oaktron employed 450 people and produced 28,000 speakers per day in sizes ranging from 3 ½” to 12”.  With much of the TV and Radio manufacturing having moved to Japan, US speaker manufacturing went into decline in the 70s.  In 1972 employee count and production numbers had halved. Oaktron’s traditional business dwindled, and all but disappeared by the start of the 80s.  While many US speaker manufacturers during this time were going out of business Oaktron survived by catering to the more specialized needs of military and aerospace customers.

In 1990, Oaktron was acquired by Mitek to expand their US auto and consumer speaker manufacturing.  Under Mitek, Oaktron continued to build special applications speakers for the military and aerospace industries and added some mass transit customers.  Competitive pressure from China forced Mitek to move production of automotive and consumer speakers off shore.

In 2016, MISCO purchased Oaktron from Mitek. The addition of Oaktron’s business to MISCO’s position as supplier to military, aerospace and mass transit manufacturers makes the combination an even stronger leader in those markets. 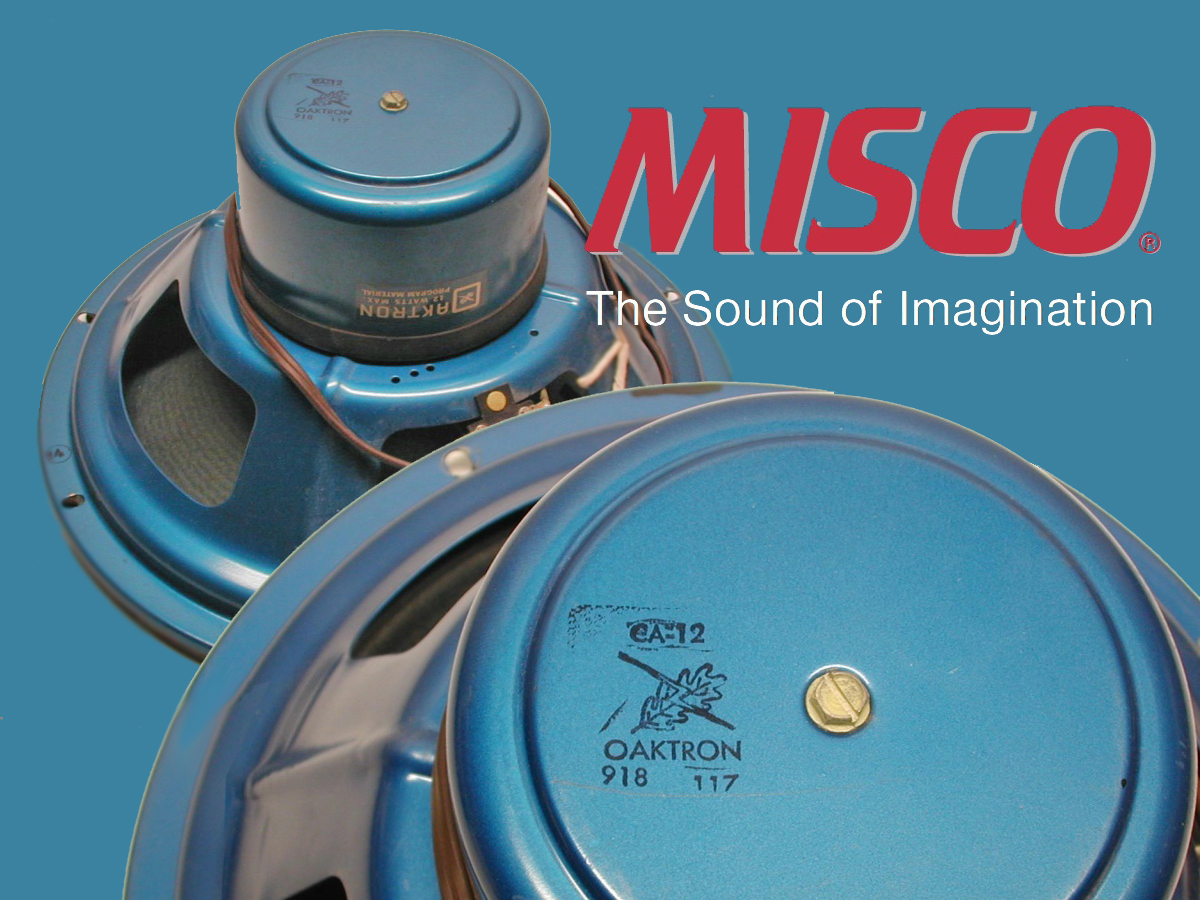 Oaktron by MISCO is a complete line of high-performance, ready-to-ship transducers for a wide variety of applications including high fidelity, musical instrument, aerospace, paging, and more. From lightweight to heavy duty, from compact to massive, from elegantly simple to highly specialized designs for unique and demanding applications, there is an Oaktron loudspeaker perfectly suited for your needs.